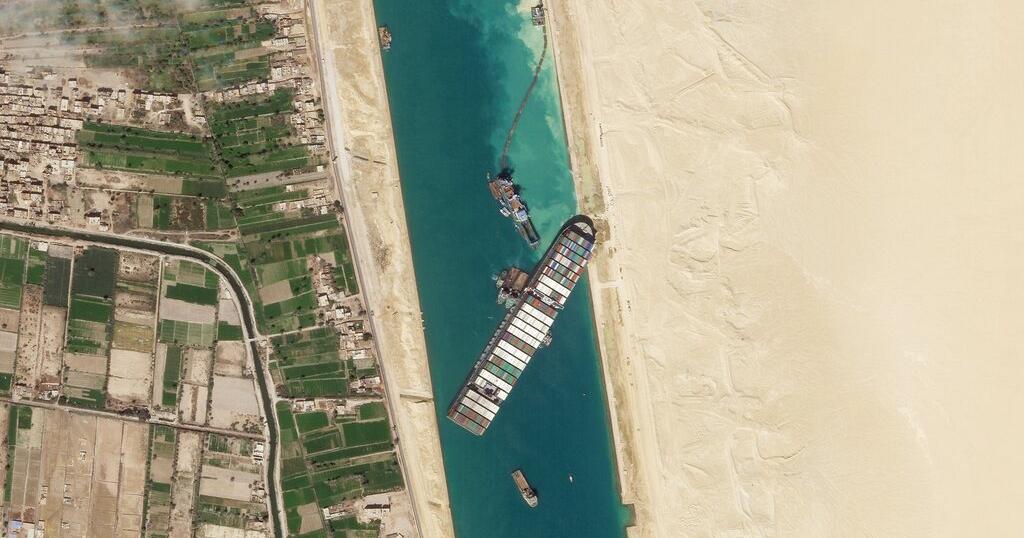 The Suez Canal has been blocked for merely a week from Tuesday 23rd March 2021 to Monday 29th. During these seven days, the whole world have been consistently monitoring the development of the situation. 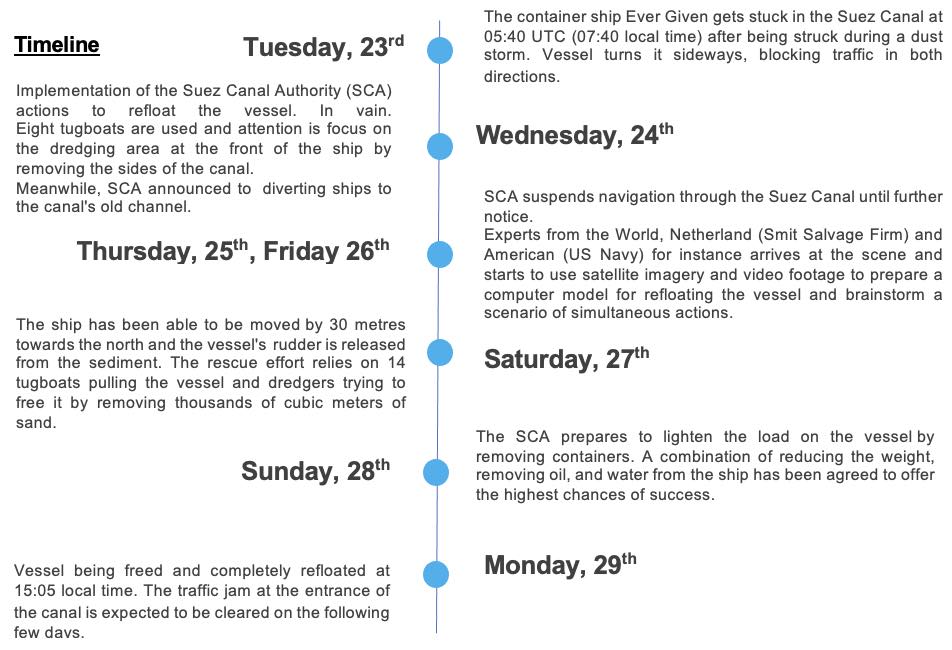 Once the management of the crisis have been concluded, consistent investigations are expected to determine the official causes.

The International Maritime Organization (IMO) has received the ship’s Voyage Data Recorder (equivalent of an airplane’s black box) and launched its investigation on Tuesday 30th March 2021. At the same time, The Suez Canal Authority is also expected to start its own.

No official answers shall be stated until both investigations will be concluded. Nevertheless, during these turbulent six days, few explanations has been suggested and raised:

When the Ever Given was first grounded on March 23rd, the ship’s technical manager Bernhard Schulte Shipmanagement (BSM) officially announced that “initial investigations rule out any mechanical or engine failure as a cause of the grounding.’’

A dust storm with wind speeds reached until 40 knots have been noticed during the day of the grounding. Dust storms usually happen in April in Egypt and officially declare the beginning of a season called the khamsin. Despite arriving early this year – late March -, ship’s grounding are not witnessed every year.

The rescue efforts have been complicated by the fact that the grounding took place in a part of the canal where the ground was rocky and very difficult to dig. Meaning that the digging will have to be performed cautiously and early stopped to avoid any earth collapsing on to the vessel.

The Ever Given, at 400-meters long (1,312 feet) and 60-meter wide (200 feet) wide, is one of the world’s biggest ocean vessels and exactly comply to the maximum length allowed in the canal. This incident is raising concerns about whether container ships have gotten too large — and whether the Suez Canal can properly and safely handle them.

The ship’s last known speed before the grounding was 13.5 knots , above than the canal’s speed limit of 7.6 knots.

The Suez canal is one the most frequently waterway in the world. A total of about 12-13 percent of world trade passes through the Suez Canal. These six days of  blockage led to tremendous impacts: 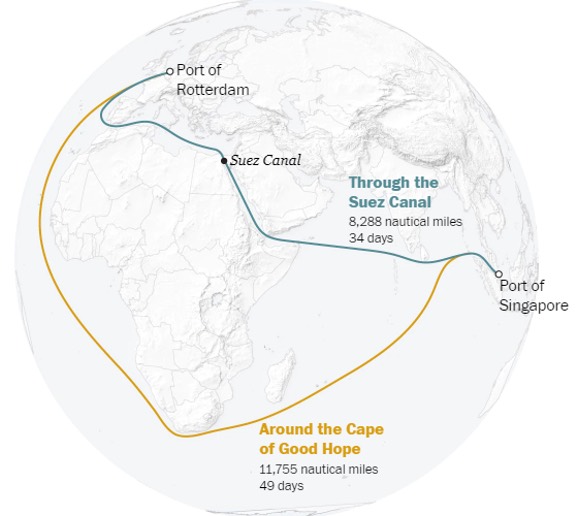